MASTERPIECE Around the World in 80 Days: Screenwriter Talk Ashley Pharoah 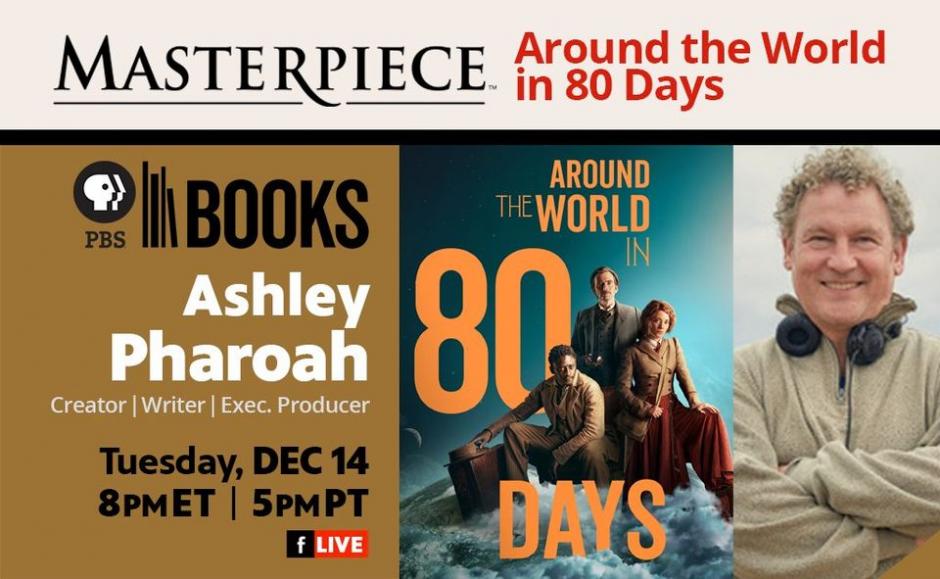 PBS Books presents world-renowned Ashley Pharoah, screenwriter of the new MASTERPIECE adaptation of Around the World in Eighty Days.

Around the World in 80 Days is the classic adventure novel by Jules Verne. A brand new, 8-part adaptation airs on MASTERPIECE beginning January 2nd. Our guest is its creator, writer, and executive producer—Ashley Pharoah. In Jules Verne’s story, wealthy Victorian eccentric Phileas Fogg wagers he can circumnavigate the globe in 80days.David Tennant stars as literature’s greatest explorer; he’s joined by Ibrahim Koma and Leonie Benesch, who costar as his intrepid traveling companions. Don’t miss getting an inside-look at what writer Ashley Pharoah was thinking.

Watch this free virtual program on Facebook Live or check back here:

Ashley Pharoah was educated at Queen Elizabeth’s Hospital School, Bristol, and the University Of Sussex. He studied screenwriting at The National Film And Television School, where his graduation film Water’s Edge was nominated for a BAFTA. He has written numerous television series and classic adaptations, as well as contemporary adaptations. In addition, Ashley co-created Life on Mars and its sequel, Ashes To Ashes, winning two International Emmys.

His reimagining of Around The World In Eighty Days, starring David Tennant, was filmed in Bucharest and Cape Town during very challenging COVID conditions and will be screened Christmas 2021.