Check out these lectures and more at the Harrison Memorial Library.

“Wired for Reward : How Teenage Brains are Vulnerable to Addiction” 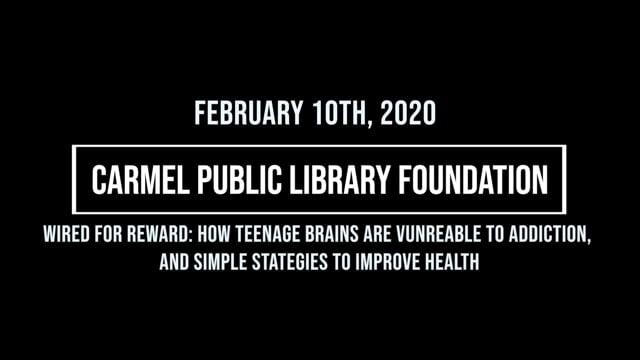 Meet Darryl “Flea” Virostko, legendary, world class surfer who rode the big wave to surfer stardom, fell into addiction and then rose again to help others overcome. It’s important to be able to recognize addictive behaviors — and it’s never too early to start speaking with your child about it! Listen to our distinguished panel of experts to learn how to help your teen discover practical strategies that can give them the critical thinking tools they need to make healthy choices. Q&A follows the program.

Join Naval Postgraduate School Asst. Professor of Computer Science, Vinnie Monaco, to learn how, and to what extent, your personal information is being divulged. The interactions people have on the Internet generate an abundance of data that often contain personal and sensitive information. Combined with recent advances in machine learning, it is becoming increasingly difficult to remain anonymous and control exactly what personal information is divulged. Everything from search queries and movie ratings, to the way a person types on a keyboard or clicks on a button reflects some aspect of their identity. However, this phenomenon is a double-edged sword and actually has the potential to both increase security and threaten user privacy. 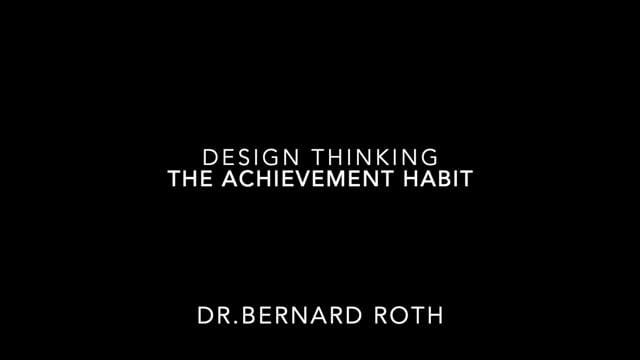 A co-founder of the Stanford d.School, and author of The Achievement Habit, Dr. Bernard Roth introduces the power of design to drive positive change in your life by providing simple tools to solve problems and achieve your objectives. He will share his insights that stem from design thinking—previously used to solve large scale projects. These insights can be used to gain confidence to achieve personal goals and overcome obstacles that hinder fulfilling personal potential.

“Freedom of Speech: The Constitution in Conflict” 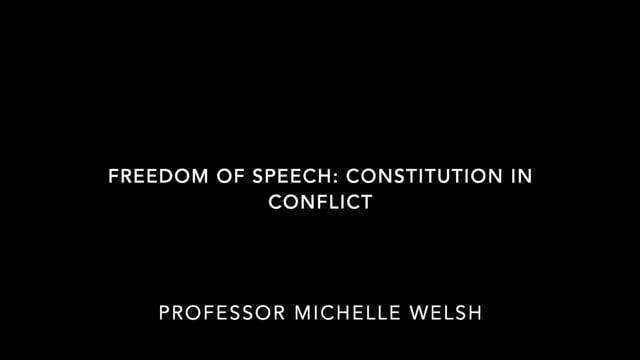 Freedom of speech as often been viewed as our most precious right, the right to think and speak without government censorship. The First Amendment to the U.S. Constitution sways “Congress shall make no law…abridging the freedom of speech or of the press…” But freedom of speech has never been interpreted by the Supreme Court to be as absolute as those words appear. What are the limits? What happens when free speech conflicts with other constitutional rights?

“The Russian Job: The Forgotten Story of How America Saved the Soviet Union from Ruin” 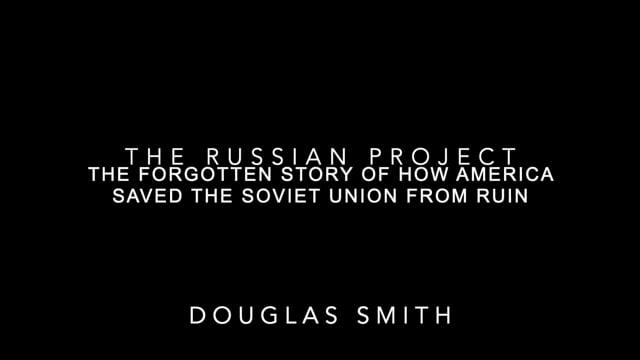 After decades of the Cold War and renewed tensions, in the wake of Russian meddling in the 2016 election, cooperation between the United States and Russia seems impossible to imagine ―and yet, as author and historian Douglas Smith reveals in his new book, it has a forgotten but astonishing historical precedent. In 1921, facing one of the worst famines in history, the new Soviet government invited the American Relief Administration to save communist Russia from ruin. It was the largest humanitarian operation in history―preventing the loss of countless lives, social unrest on a massive scale, and, quite possibly, the collapse of the communist state. 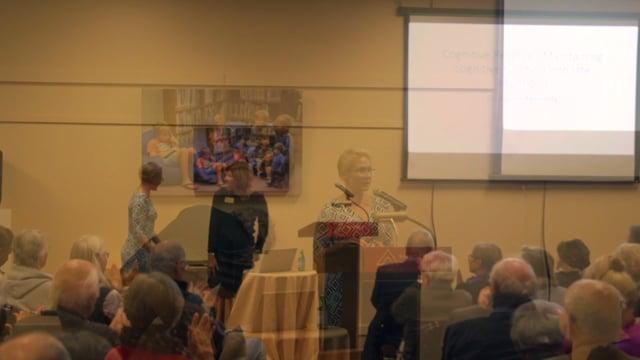 Dr. Kennedy will describe research that indicates how “cognitive reserve” can help stave off age-related declines in cognitive function and onset of dementia symptoms.  She will cover everyday activities that can help build up cognitive reserve and free resources for additional information on cognitive aging.

“An Evening’s Conversation: Ernest Hemingway and Traveling the World” 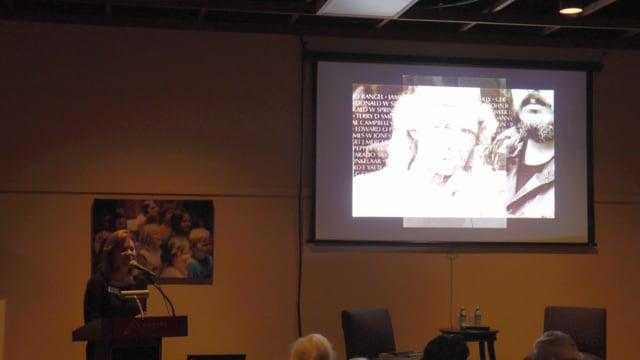 “Rasputin: Faith, Power, and the Twilight of the Romanovs” 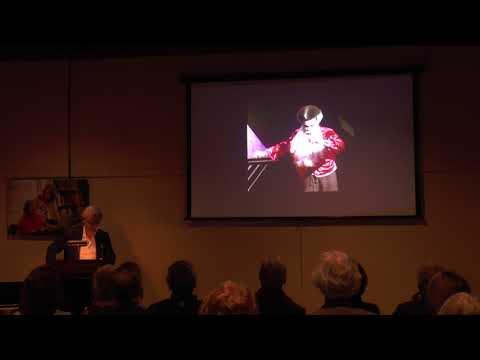 Please join author Douglas Smith for a riveting exploration and comprehensive perspective on a notoriously misunderstood historic icon, Rasputin. In his latest book, “Rasputin: Faith, Power, and the Twilight of the Romanovs,” Smith draws on long-lost documents from archives in seven different countries to overturn many of the old myths about the infamous Russian mystic, presenting Rasputin in a fascinating new light.

“Women and the Veil in the Muslim World: Oppression or Empowerment?” 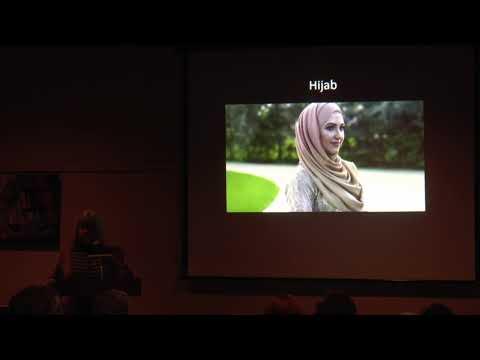 Historically, veiling is a tradition that is common to all the Abrahamic religions: Judaism, Christianity, and Islam. One need look no further than the traditional bridal veil to see the remnants of what was once a common practice of modesty. Given that only traces of the tradition remain in Christianity and Orthodox Judaism, we most often associate veiling with Islam today, and many Americans misunderstand why veiling is prevalent in the Middle East and why a woman might choose to wear a veil. Dr. Irwin will explore how the complexities of veiling in Islamic societies vary within religious, cultural, and political contexts and in comparison to the traditions of veiling in Muslim-American communities.

“Troublemakers: The Story of Silicon Valley’s Coming of Age” 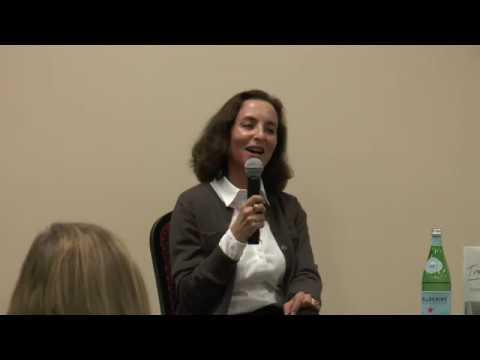 In the space of only seven years and thirty-five miles, five major industries—personal computing, video games, biotechnology, modern venture capital, and advanced semiconductor logic—were born. Join historian Leslie Berlin as she presents Troublemakers, the gripping tale of six exceptional men and women, pioneers of Silicon Valley in the 1970s and early 1980s and how they worked together across generations, industries, and companies to bring technology from Pentagon offices and university laboratories to the rest of us. In doing so, they changed the world.