The Wisdom of Scheherazade Community Night with the Library 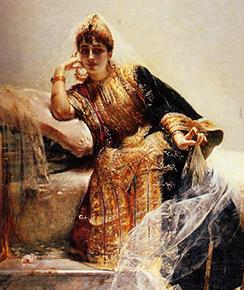 The Wisdom of Scheherazade: The 1001 Nights, also known as The Arabian Nights, has Indian origins, its characters have Persian names, most of the tales have their roots in Iraq and Egypt, and it has been translated into dozens of languages. More than the tales themselves, however, what audiences seem drawn to is the character of Scheherazade herself.  Dr. Bonnie Irwin’s talk will trace the development of the frame story of the Nights and the legacy of Scheherazade for modern writers and audiences.