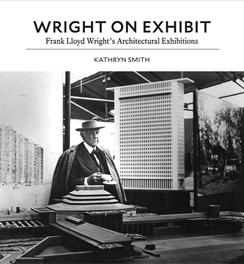 Frank Lloyd Wright, the creator of New York’s Guggenheim Museum and Fallingwater, a house over a waterfall, is universally regarded as the greatest American architect who ever lived. In her new book, Wright on Exhibit, Kathryn Smith charts Frank Lloyd Wright’s rise and fall and rise again in a revealing exposition of how Wright refused to be forgotten and what he did step by step to attract the admiration of millions of Americans, not to mention the Europeans and Japanese.  Smith will devote special attention to one of Wright’s most dramatic houses by the water, the Mrs. Della Walker House, Carmel-by-the-Sea, the only other Wright building that can be compared to Fallingwater in its profound connection between man and nature.