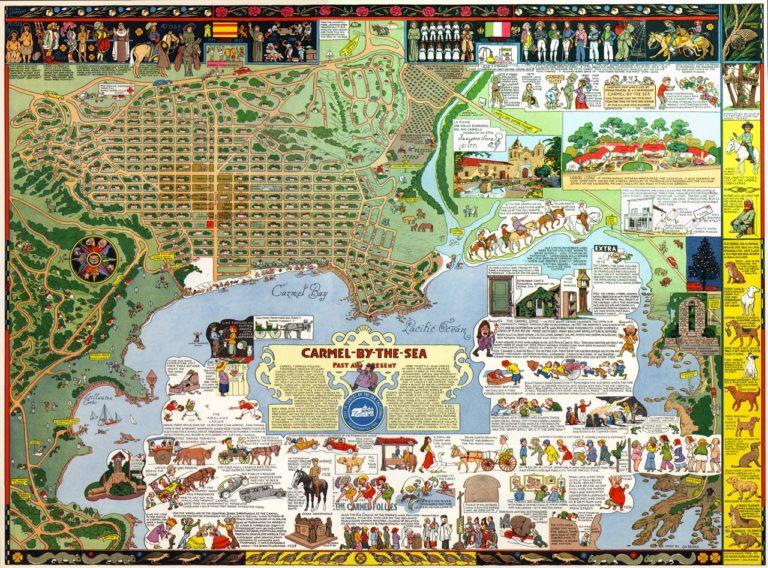 Join Peter Hiller for a fresh look at the numerous artistic accomplishments of renowned local artist, Jo Mora. Few people celebrated the historical significance of Monterey County as did Mora, from his cenotaph created in honor of Father Junipero Serra in the Memorial Chapel in El Carmelo Mission, to his series of maps – or cartes, as he referred to them that were historically accurate, humorous, and now collectable prints, one of which paid homage to Carmel-By-The-Sea.

This new presentation will focus on the most recent discoveries of Mora’s work along with artistic material from the Mora family archive, seldom, if ever, seen publicly. The timing of this talk coincides with the release of a significant biography about Jo Mora being published by the Book Club of California and penned by Peter Hiller along with a major exhibition of Jo’s work at the Cartoon Art Museum in San Francisco on display through the end of April.

Back
This item appears in:
This post has been archived and may contain content that is out of date.